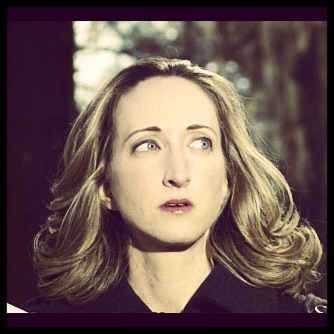 Stephanie Kimbro, MA, JD, was a Fellow at Stanford Law School Center on the Legal Profession and Co-Director of the Center for Law Practice Technology. She is the author of Virtual Law Practice: How to Deliver Legal Services Online (2010, 2nd Ed. 2015), Limited Scope Legal Services: Unbundling and the Self-Help Client (2012), Consumer Law Revolution: The Lawyers’ Guide to the Online Legal Marketplace (2013), and Online Legal Services for the Client-Centric Law Firm (2013). Her research and work involves the use of gamification and games to increase engagement with the public around legal issues and to increase productivity in law firms.

Stephanie practiced law for ten years delivering unbundled, online legal services to clients through a virtual law firm. In that time, she also founded a legal technology startup which was acquired by a larger legal tech company in 2009. She wrote about ethics and technology issues of delivering legal services online and was interested in the use of tech to increase access to justice. She has presented and guest lectured for many state bars, law schools and other organizations across the country on the topic of legal technology and law practice management.

Stephanie was a member of the ABA Standing Committee on the Delivery of Legal Services and a recipient of the ABA Keane Award for Excellence in eLawyering. She taught as an adjunct professor at several law schools.

Educating the Digital Lawyer, Editors Oliver Goodenough and Marc Lauritsen, Harvard’s Berkman Center LawLab and LexisNexis, Chapter 10 “What Should be in a Digital Curriculum: A Practitioner’s Must Have List.” January 2012.

“The Law Office of the Near Future: Practical and Ethical Considerations for Virtual Practice”, New York State Bar Association Journal, Vol. 83, No. 7, September 2011.

Serving the DIY Client: A Guide to Unbundling Legal Services for the Private Practitioner, ebook April 2011.

So You Want to Start a Virtual Practice?  Steps for Choosing a Structure, Law Practice Magazine, January/February 2011.

“Ethics Considerations for the Virtual Practice of Law” August 10, 2010

“How to Write a Client Engagement Letter For A Virtual Law Practice” August 3, 2010

ABA TECHSHOW 2015 faculty presenting the second edition of the Virtual Law Practice book and on a panel presentation about virtual law firms, April 2015

Moderator and panelist at Stanford Center on the Legal Profession, entitled “Keep Calm & Carry On? Disruption in the UK Legal Market & What It Could Mean for the US”, Stanford Law School, May 5, 2014 with Riverview Law CEO and Co-Founder, Karl Chapman, Vice-President of Riverview, Andy Daws, Orrick’s Chair Emeritus, Ralph Baxter, and Stanford’s Ron Dolin. Video

University of San Francisco School of Law, 2014 Legal Ethics Symposium, “What Can I Say?  Borderless Communication in a Jurisdictional Profession”, panel presentation January 31, 2014.

District of Oregon Conference entitled, Innovations in the Law: Science and Technology, at the Oregon Museum of Science and Industry in Portland, speaking about branded networks, consumer law, and access to justice, October, 2013.

ABA Annual 2013, with Richard Granat and Will Hornsby on Consumer Law Revolution, August 2013.

Use of Apps in Law Practice, NBI CLE teleconference, November 29, 2012.

ABA Annual, “Delivering “Unbundled Legal Services” Over the Internet” with Will Hornsby and Richard Granat, sponsored by the ABA Standing Committee on the Delivery of Legal Services, August 3, 2012.

Webinar on virtual law practice for students at Charlotte School of Law, August, 2011.

Missouri State Bar Association’s GP/Solo/Small Firm Conference,
Lake of the Ozarks, Missouri, June 8-10: “Online Clients and Virtual Lawyering: How to Deliver Legal Services Over the Internet”, “Serving the DIY Client: Unbundling Your Practice”, and “Hey You! Get Off of My Cloud! The Benefits and Ethics of Practicing Law in the Internet Cloud” with Catherine Sanders Reach

The Virtual Lawyer: Is An Online Law Practice For You?, Seattle University School of Law, January 2011.

The Virtual Law Office: What It Is & How to Use It, Law Practice Strategy, November 2010

Technology: How Can We Use it To Practice Law? covering the section on Virtual Law Practice, Georgia State Bar Chief Justice’s Commission on Professionalism, November 2010.

ELawyering and the Future of Legal Work, CLE at American University Washington College of Law with co-panelists Blair Janis, Marc Lauritsen and Ronald Staudt, on October, 2010.

Leverage the Internet to Serve Your Clients and Grow Your Practice, ABA Journal, Legal Rebels, August 2010

The Virtual Law Firm: How to Build Your Practice in An Online World, Co-presentedwith Will Hornsby, Marc Lauritsen and Richard Granat, Sponsored by the ABA LPM Section, ABA Annual Meeting, 2010

20/20 Vision: The Impact of Technology and Globalization on Ethics for the 21st Century Lawyer, Sponsored by the ABA Ethics 20/20 Commission and the Center for Professional Responsibility, ABA Annual Meeting, August 2010

eLawyering and the Future of Legal Work, presented with the ABA eLawyering Task Force at Boyd School of Law, UNLV, April, 2010, video and materials online